The nation’s best olive and olive oil producers have been acknowledged this week at the inaugural Australian International Olive Awards.

The winners were announced at the Australian International Olive Awards Dinner on Tuesday, held in conjunction with the 2017 AOA National Olive Conference & Trade Exhibition in Adelaide, South Australia.

Chief steward Trudie Michels described this year’s event as “a very successful show indeed”, with medals awarded to 87 per cent of the 222 oils – a record for the 21 years of the Australian competition.

“The judges gave 49 gold, 85 silver and 60 bronze medals to well-deserving olive producers, in what they deemed an outstanding year in terms of quality,” Ms Michels said.

“Significantly, a new benchmark of high silver was set, where in the past it has been a bronze. It’s proof that the Australian industry is continually lifting its game and striving for excellence, and a great reward for those all those efforts.

“Great extra virgin olive oil – what we call EVOO – doesn’t just happen: it takes care and best practice from the grove to the bottle.

“This year, with delayed ripening experienced across many regions, it also took a lot of patience.

“Many producers only just had their oils ready in time for judging but some of those entries were among our winners.”

“Considering the late harvest this year, we were delighted to receive 222 oil entries from 98 exhibitors, a 10.4pc increase from last year. These included entries from Argentina, Chile, China, New Zealand and North America,” she said.

“Judging took place in Adelaide in late September, with a team of more than 30 experts from across the globe meeting for three days of training and judging.

“Competition was strong and the judges had a tough job, particularly given the number of high-scoring entries competing for the major awards. We were lucky to have this level of combined international knowledge and experience in such an outstandingly competitive year.

“And Australian EVOO lovers are just as lucky, with award-winning 2017 oils now available.”

Full judges’ comments and results can be found in the online results book.

Check back soon
Once posts are published, you’ll see them here. 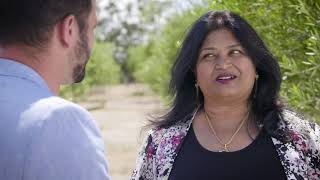